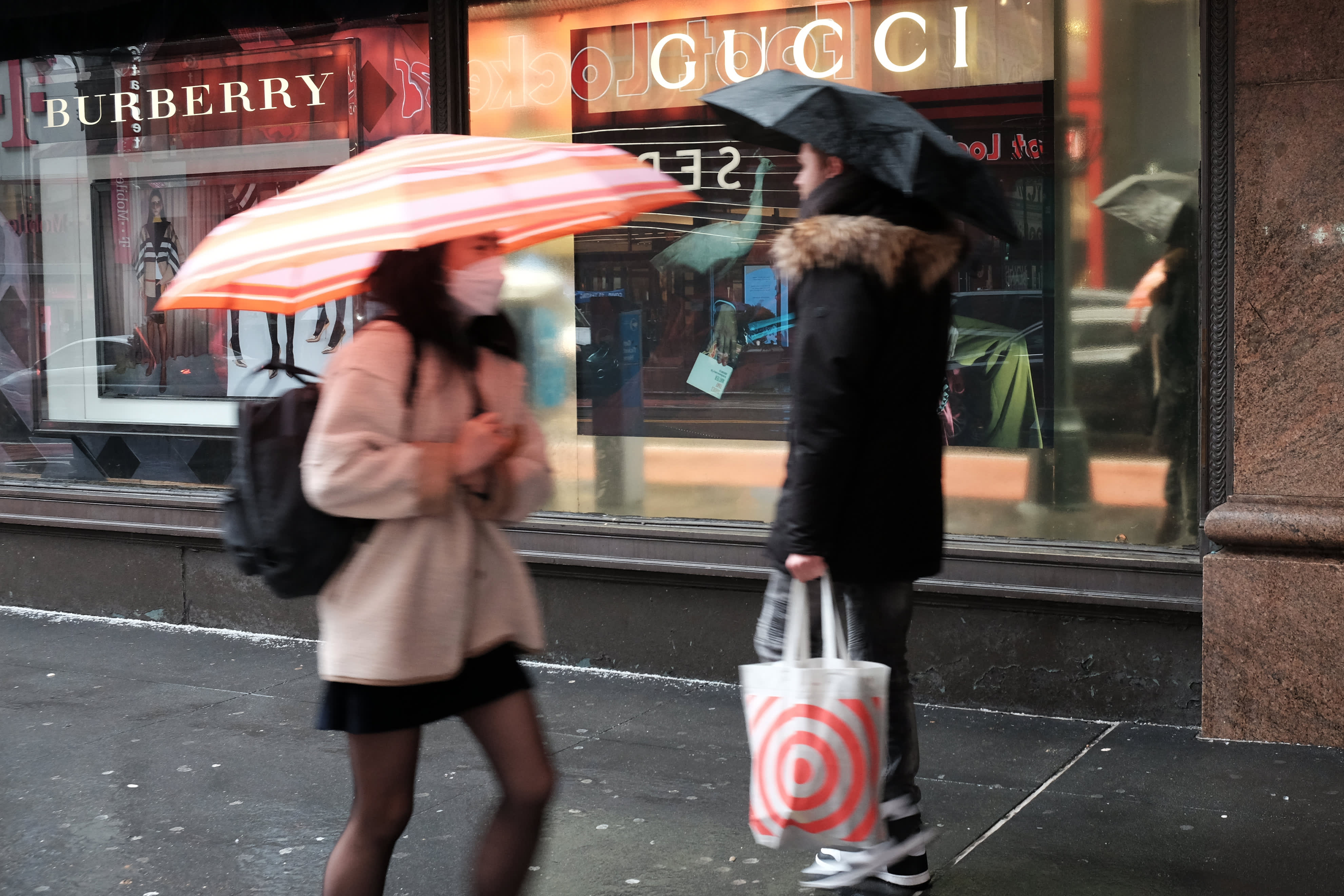 Retail sales for the month rose 3.8%, much better than the 2.1% Dow Jones estimate.

The numbers are not adjusted for inflation, so the 7.5% rise in the consumer price index for the month helped push a reversal from the 2.5% decline in December, which was revised lower from the initially reported 1.9% drop.

Excluding auto sales, the retail gain was 3.3%, after falling 2.8% in the previous month.

Online shopping contributed the most on a percentage basis, with nonstore retailers seeing a gain of 14.5%. Furniture and home furnishing sales increased 7.2% while motor vehicle and parts dealers saw a 5.7% rise.

Sales at sporting goods, music and book stores fell 3% while gasoline station receipt were off 1.3% as a tick down in fuel costs saw prices at the pump move lower.

On a year-over-year basis, retail sales overall rose 13%, pushed higher by a 33.4% surge in gasoline station sales and a 21.9% burst in clothing stores.

The numbers came with the economy facing the worst inflation in 40 years, which helps feed into the retail sales numbers. The Federal Reserve is expected to enact multiple interest rate hikes this year to combat rising prices, with markets looking for the central bank to boost its benchmark short-term borrowing rate by half a percentage point in March.

This is breaking news. Please check back here for updates.

Hasbro defends Magic: The Gathering strategy, says ‘there is no evidence’ cards are overprinted
‘This is a crisis.’ Why more workers need access to retirement savings
Return to R&D Expensing Crucial for Manufacturing and Technology Investment
Taking required minimum distributions? How to reduce the sting of selling in a down market
360,000 student loan borrowers received $24 billion in forgiveness from fix to Public Service Loan Forgiveness