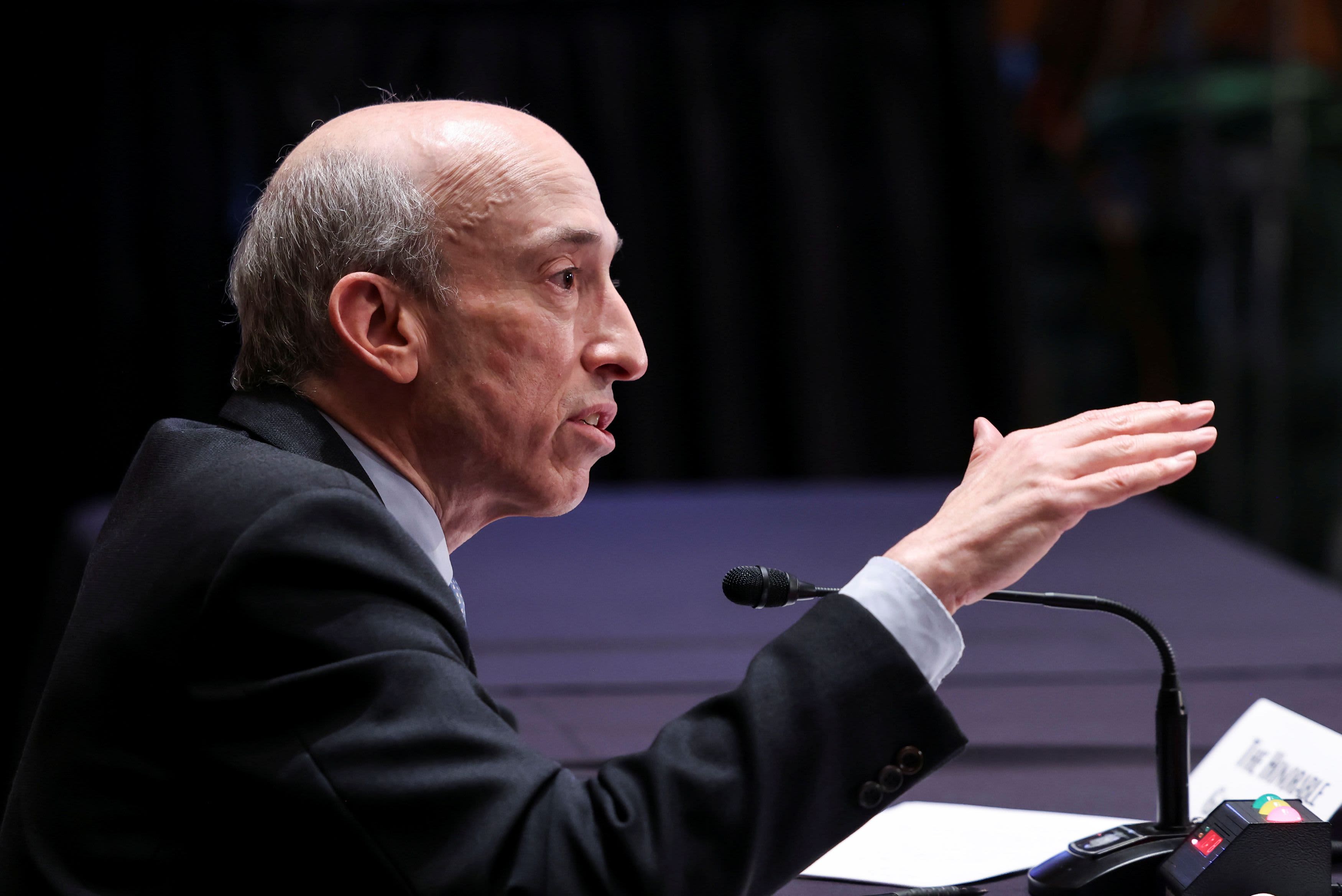 The Securities and Exchange Commission said Friday that it’s considering a new rule and changes to existing regulations that would force short sellers to make more frequent disclosures about their bets.

Wall Street’s top supervisor said the proposed changes would require institutional investors to collect and submit certain short sale data to the SEC each month. The commission would then make aggregate data about large short positions, including daily short sale activity, available to the public for each security.

When short selling, a trader who wants to bet against a company borrows shares of its stock and then sells them on the market. The trader will in theory buy those shares back at a lower price later and return them to the brokerage or asset manager that lent them the equity.

Asset managers lend those shares to short sellers in exchange for regular fees.

“I am pleased to support this proposal because, if adopted, it would strengthen transparency of an important area of our markets that would benefit from greater visibility and oversight,” SEC Chairman Gary Gensler said in a press release.

The proposed changes to Regulation SHO, a collection of SEC rules on short selling, would keep the identities of managers and individual short positions confidential.

Gensler noted in his remarks that the new rulemaking would apply to institutional managers who hold a short position of at least $10 million or the equivalent of 2.5% or more of the total shares outstanding.

“It’s important for the public and the Commission to know more about this important market, especially in times of stress or volatility,” he added. “The proposed rule would help the Commission address future market events, striking a balance between the need for transparency and the price discovery process.”

The newly proposed rules are the latest attempt by the SEC to magnify its oversight of the practice, which has been blamed by lawmakers in recent years for causing wild and dangerous price swings on Wall Street.  The practice came under scrutiny in early 2021 when individual investors banded together on social media to juice stocks like GameStop that had garnered heavy interest from short sellers.

Late last year, the SEC proposed a rule that would require brokerages and asset managers that lend securities to short sellers to report data on each loan to an oversight body like the Financial Industry Regulatory Authority within 15 minutes of making the loan.

The SEC said it is extending the public comment period on that rule in light of its latest rule change proposals.