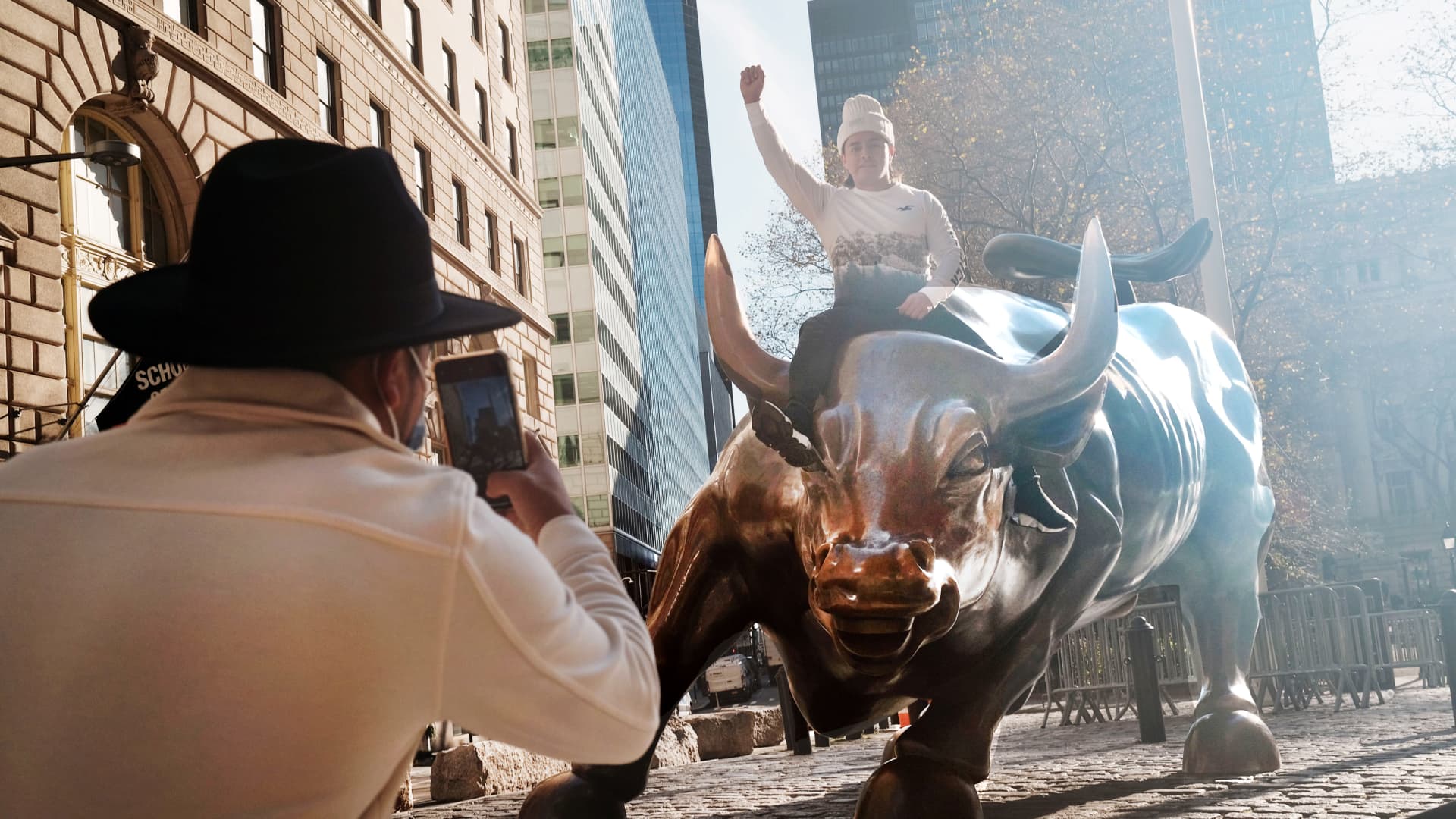 The roaring stock market and crypto gains created more than a million new millionaires in the U.S. last year, according to a new report.

The number of Americans with $1 million or more in investible assets surged to a record 14.6 million in 2021, up from 13.3 million in 2020, according to a report from wealth research firm the Spectrem Group.

The growth rate of over 10% was the strongest in years, boosted by trillions of dollars in wealth created by the stock market, crypto and other assets.

“It was the strongest year ever for millionaire creation in all segments,” said George Walper, president of Spectrem Group.

The stock market was by far the largest engine of wealth creation for millionaires and the wealthy in 2021. The S&P 500 gained 27% last year, while the Nasdaq was up 21%. The wealthiest 1% of Americans gained over $3 trillion in stock-market wealth in 2021, according to Federal Reserve data.

Crypto and other assets — such as NFTs, collectibles and real estate — also gained in value, adding to the wealth of the wealthy. The total market cap of crypto assets, despite wild swings in prices, gained $1.5 trillion last year to over $2.3 trillion, according to CoinGecko.

Values of private-equity and venture-capital investments also surged. Since the wealthy can afford to put more of their money in investments, especially those with the highest risks and rewards, ultra-millionaires benefitted more than the mass affluent in 2021.

“The wealthy have the greatest exposure to the broadest investments,” Walper said. “It wasn’t just traditional liquid markets that did well last year. It was also alternative investments, real-estate investments and crypto.”

The wealth gains at the top also widened the wealth gap in the U.S. The share of wealth held by the top 1% grew to a record 32% last year, according to the Fed.

Wealth experts say it’s unlikely that last year’s gains will be sustained in 2022, given soaring inflation, rising interest rates and a potential economic slowdown. Stock market declines have already started trimming the paper fortunes of investors. The Nasdaq is down 14.5% for the year, while the S&P is down 8.4%.

“Every day changes, so it’s hard to predict where the year will wind up,” Walper said. “But the first few months of 2022 have already painted a different picture than 2021.”

Some consumers are cutting back on restaurant spending, but CEOs say not all chains are affected
Ethereum dominates Bitcoin in almost every category 🤯📈
Stocks making the biggest moves premarket: Expedia, Block, Lyft and more
If you’re ‘unretiring’ and collecting Social Security, here’s what to know before heading back to work
Stocks making the biggest moves midday: Lyft, Carvana, Warner Bros. Discovery, DraftKings