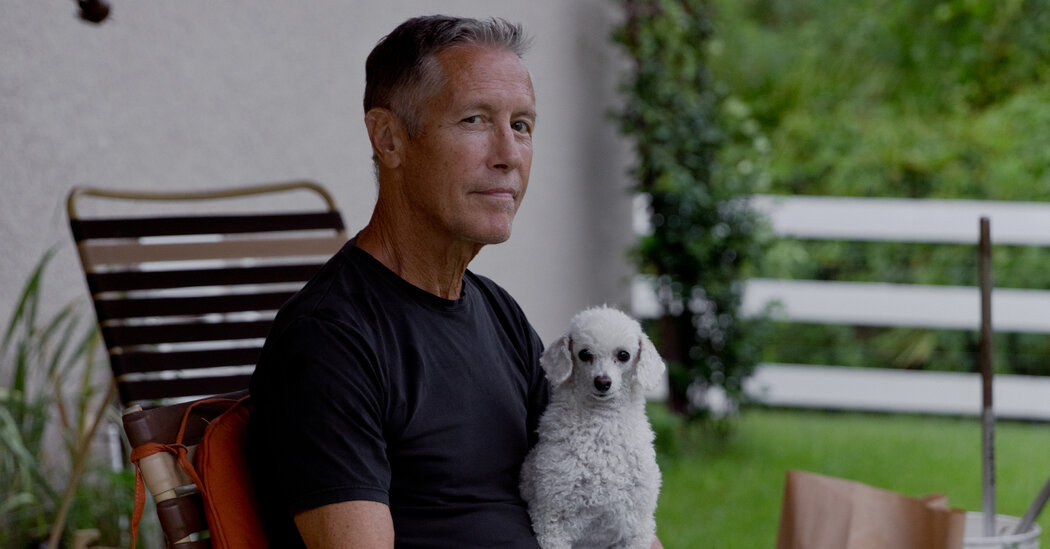 The labor market appears hot, but the share of people who are either working or actively looking for a job still hasn’t quite recovered.

As the United States emerges from the pandemic, employers have been desperate to hire. But while demand for goods and services has rebounded, the supply of labor has fallen short, holding back the economy.

More than two years after the Covid-19 recession officially ended, some sectors haven’t found the workers they need to operate at capacity. Only in August did the work force return to its prepandemic size, which is millions short of where it would have been had it continued to grow at its prepandemic rate.

In simple numbers, some of that gap is due to Covid’s death toll: more than a million people, about 260,000 of them short of retirement age. In addition, a sharp slowdown in legal immigration has pared the potential work force by 3.2 million, relative to its trajectory before 2017, according to calculations by economists at J.P. Morgan.

But the problem isn’t just that population growth has stalled. Even with an uptick in August, the share of Americans working or actively looking for work is 62.4 percent, compared with 63.4 percent in February 2020.

“It’s my sense that the most important reason that the labor market feels so hot right now is that we have so many fewer people in it,” said Wendy Edelberg, director of the Hamilton Project, an economic policy center at the Brookings Institution. “Demand largely recovered, and we didn’t have the supply.”

Unraveling the causes of that lingering reluctance is difficult, but it’s possible to identify a few major groups who are on the sidelines.

People at retirement age, who had been staying in the work force longer as longevity increased before the pandemic, dropped out at disproportionate rates and haven’t returned. More puzzlingly, men in their prime working years, from 25 to 54, have retreated from the work force relative to February 2020, while women have bounced back. Magnifying those disparities are two crosscutting factors: the long-term health complications from Covid-19, and a lagging return for workers without college degrees.

Thomas Strait would count himself among those prompted by the pandemic to retire earlier than planned.

Mr. Strait spent most of his career in the restaurant industry, until he decided to switch professions in his 50s. After six years of classes, he started work as a cardiac sonographer at a hospital near his home in San Diego. But in December 2019, the hospital said he’d need to live closer to be on call, and he didn’t want to move.

The State of Jobs in the United States

Economists have been surprised by recent strength in the labor market, as the Federal Reserve tries to engineer a slowdown and tame inflation.

While looking for another job, Mr. Strait talked to a financial adviser, who said that he could retire if he downsized and moved somewhere with a lower cost of living. And as the pandemic raged, that started to look like a better idea than working in health care.

“As Covid got worse, I was leery about going back into the medical field,” said Mr. Strait, who is 63. “I’m pretty healthy, but I was concerned about just being in a hospital surrounded by Covid, and I didn’t want to fall prey to that.”

So he moved to Port Charlotte, Fla., with enough money from the sale of his house to buy another in cash. He gets offers to go back to work at twice his previous salary, but hasn’t felt the need to; cooking and gardening are keeping him busy.

“I could jump back in, but then I got used to being retired,” Mr. Strait said. “I keep my credentials ready in case I want to buy a boat or something.”

For decades, a large generation aging into retirement has been the strongest factor dragging down overall labor force participation. The pandemic, which made workplaces particularly dangerous for older people, supercharged that trend. At the same time, the value of homes and 401(k) accounts ballooned in 2021, bringing retirement within reach for many.

Eliza Forsythe, an assistant professor of economics at the University of Illinois at Urbana-Champaign, found in a recent paper that these accelerated retirements may have made it possible for younger workers to move out of customer-facing jobs in industries like food service and retailing. That created a bigger gap in those sectors — visible in their outsize rate of job openings.

“People were retiring and opening up these positions,” Dr. Forsythe said. “Employers are searching for them, so if you were in one of these difficult lower-paid jobs, there’s more opportunity for you to move up.”

The next major category of workers who haven’t come back is men 25 to 54, a group that generally isn’t still in school or retired. Their participation rate in August was 88.6 percent, below where it stood in February 2020. Over the same period, the rate for women in that age group rose to 77.2 percent.

Experts aren’t sure what’s behind these numbers, but they say it’s probably a mix of factors.

Women have outpaced men in earning college degrees in recent years, and labor force participation by college graduates has recovered since the pandemic shutdowns; for those with less education, it has not. (In households where both partners lack college diplomas, women still tend to be the ones who drop out to supplement unreliable child care, according to an analysis by the Brookings Institution. In households where at least one partner has a degree, women have started to step forward as sole breadwinners.)

But the trend may also be the continuation of a longer-term decline in male labor force participation that began in the 1960s, partly because so much manufacturing has been automated or moved to other countries. And one barrier disproportionately affecting men is the persistent impact of a criminal record: By age 35, 46 percent of unemployed men also have a criminal conviction, according to a recent study published in Science Advances.

Participation for men had started to turn around in 2016, when the slow recovery from the Great Recession began to translate into higher pay and a stronger motivation to work. But wage growth hasn’t been as swift for most workers over the past year when accounting for inflation. And what appears to be an abundance of jobs may look different to people who are out of work: In a survey this spring by the consulting firm McKinsey, 34 percent of unemployed respondents cited a lack of available jobs as a barrier.

“A lot of workers are still disconnected, and we’re just not seeing them come on,” said Jesse Wheeler, an economic analyst with the polling and analysis firm Morning Consult. “It’s unclear how all of them are making ends meet, but I think it has a lot to do with consolidation of households and cutting costs. It would’ve been difficult to change if they weren’t forced into it.”

Morning Consult found in August that prime-age adults who aren’t working cited a variety of often overlapping reasons for not wanting jobs. In a monthly poll of 2,200 people, 40 percent said they believed that they wouldn’t be able to find a job with enough flexibility, while 38 percent were limited by family situations and personal obligations. But the biggest category, at 43 percent, was medical conditions.

Other data suggest some of that is due to long-term complications from Covid-19, although estimates of how many people have been knocked out of the work force by Covid range tremendously.

Katie Bach, a Brookings Institution fellow, put the impact at two million to four million full-time workers, based on her interpretation of the Census Bureau’s Household Pulse Survey and other research. (The total affected may be larger, with many who suffer from long Covid reducing their hours rather than stopping work.) A Federal Reserve economist didn’t specify a number, but observed that even as Covid-related hospitalizations and deaths receded, the share of people saying they were not able to work because of illness or disability had remained elevated in Labor Department data after spiking in early 2021.

Another analysis, in a paper published by the National Bureau of Economic Research, found that people who’d taken a week off for health-related reasons in 2020 and 2021 were 7 percent less likely to be in the labor force a year later — which equates to about 500,000 workers.

Whatever the magnitude, the effects are likely to be significant and long-lasting. Vaccines provide imperfect protection against getting long Covid, studies suggest, and other post-viral diseases have proven difficult to recover from. “I certainly don’t think the worst is behind us,” Ms. Bach said.

Yasmin Schamiloglu, 25, doesn’t know when her case of long Covid will allow her to return to work.

She contracted Covid in January and had relatively mild symptoms. She was able to do her job helping researchers at the University of Wisconsin-Madison with community engagement remotely for a while, and then started trying to go back into the office. Her managers were understanding, but every hour at work was exhausting, and the fatigue soon became too much to bear.

“Now I know that inadequate rest is correlated for higher risk of long Covid, so I wish I had just taken that time off to rest, because I could have,” Ms. Schamiloglu said.

Finally, she decided to resign in August, living at her mother’s house while she tried to recover. She’s had to defer a graduate program in counseling, and she hopes to be well enough to start next fall. But others with the condition have cycled through periods of improvement and relapse, many without the support Ms. Schamiloglu is grateful to have from her family, making it difficult to plan a professional future.

“It doesn’t bode well for the work force in the coming decades,” Ms. Schamiloglu said.

After A Brutal Q3, Has This Software Stock Bottomed?
Walmart shooter bought pistol on the day of the attack and left behind a ‘death note’
Frontier Airlines gets rid of telephone customer service
‘The stakes are high.’ Why there’s a push for Congress to renew the expanded child tax credit this year
Paramount scraps deal to sell Simon & Schuster to Penguin weeks after judge rejected merger