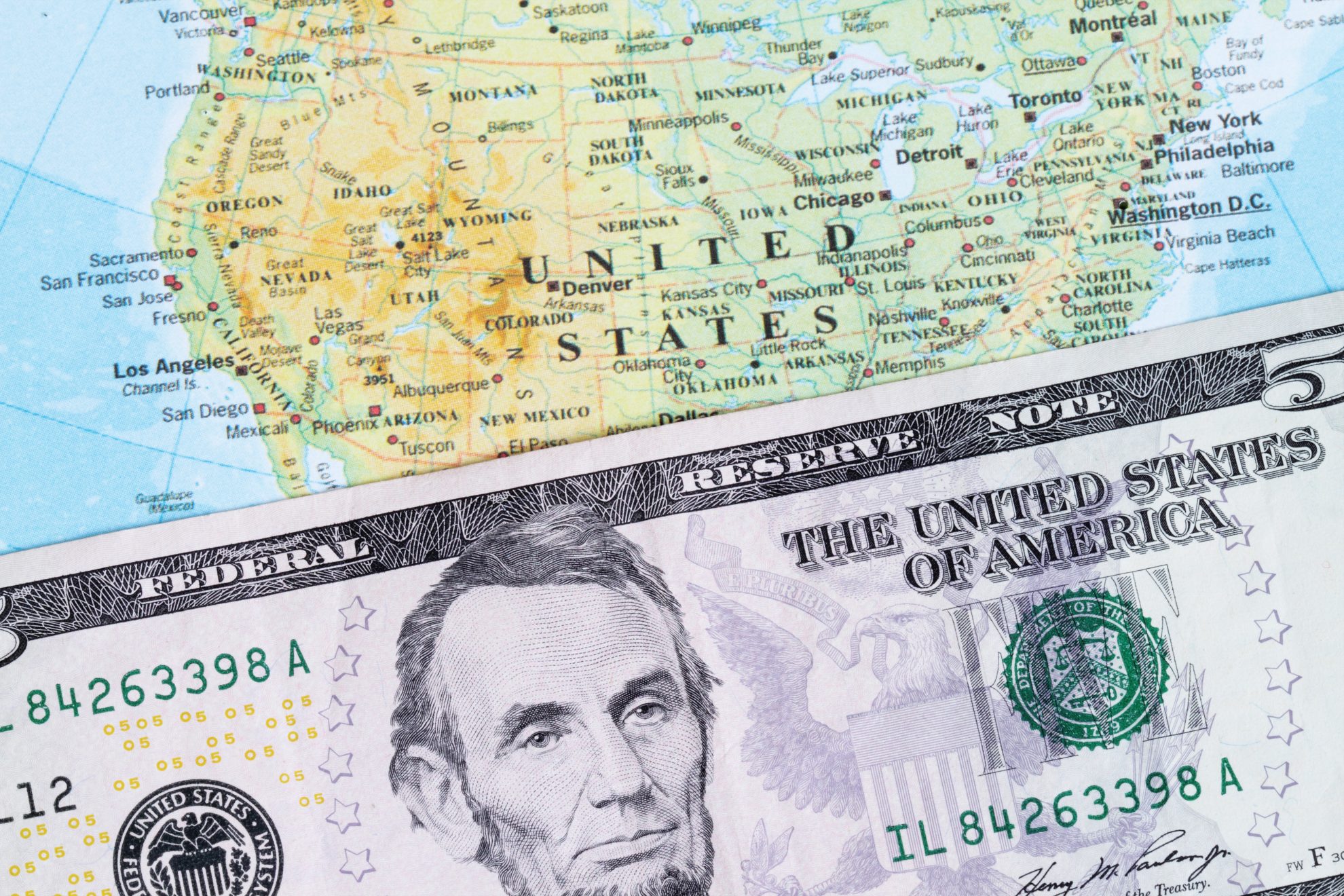 Wealth taxes are back in a big way.

The campaign is part of a broader national focus on new taxes on investment, entrepreneurship, and wealth. For instance, a pending proposal in New York would yield a nearly 30 percent tax on wealthy New York City residents’ capital gains income, twice as high as the 20 percent federal tax on long-term capital gains. Elsewhere, lower estate tax thresholds would impose the tax on the upper middle class and not just the very wealthy—including the small businesses and farms policymakers have long worked to protect from estate taxes to avoid forcing them to break up to pay the tax. And the wealth taxes themselves would vary across the seven states, partly due to differing state constitutional constraints.

Not that constitutions will always stand in the way of legislative proposals. A wealth tax is transparently in conflict with Washington’s state constitution, but that has not stymied prior proposals and it isn’t standing in the way of a new effort to be unveiled on Thursday. California proposals have tended to include exit taxes—designed to continue to tax those who respond by leaving the state—that implicate a host of federal constitutional provisions, a reality that has provoked little consternation among supporters. And most prior proposals would tax worldwide net worth for state residents, with all the constitutional questions that raises.

The constant across all seven states, or wherever such taxes are proposed: wealth taxes are economically destructive, their base is almost impossible to measure accurately, and they create perverse incentives and promote costly avoidance strategies. Very few taxpayers would remit wealth taxes—but many more would pay the price.

Proponents sometimes argue that wealth taxes are small and that the rich can afford them. But because the rates are on net worth—not on income—they cut deeply into investment returns, to the detriment of the broader economy. Average taxpayers may not care if the ultra-wealthy have lower net worths. But they will certainly care if innovation slows and investments decline.

We are not accustomed to thinking about taxes in terms of stocks (accumulated wealth) rather than flows (income streams). To most people, it’s not intuitive how a wealth tax rate compares to something we better understand, like income tax rates.

Imagine a $50 million investment, held for 10 years and earning a 10 percent nominal annual rate of return in a 3 percent annual inflation environment. Without a wealth tax, that investment would yield $46.5 million in investment returns, in current dollars, after 10 years. With a 1 percent wealth tax, it would yield $37.3 million. The wealth tax would wipe out nearly 20 percent of the gains. If the gains were realized at the end of 10 years, a 1 percent wealth tax would have generated almost precisely as much as the 20 percent federal capital gains tax.

In current dollars (valued at the start, not the end, of the investment period), that 1 percent annual wealth tax becomes a 14.5 percent effective tax on net income ($6.3 million of $43.6 million in pre-tax gains). But because each year there was less principal to invest than there would have been absent the annual tax, another $2.9 million is forgone not as tax revenue but as investment gains that never materialized. The result: a 1 percent wealth tax erodes 19.8 percent of the investment income.

If prior efforts are any indication, some of these proposals (like Washington’s) will have a base of fairly liquid, publicly traded investments, for which there is a known market value. But others, potentially including California’s, would tax all assets of the wealthy, many of which lack a known market value. This could include tangible assets, like artwork, as well as nonfinancial intangible assets, like trademarks or goodwill, which can be nearly impossible to value. Worst of all, it can include ownership stakes in closely held corporations and partnerships, which often defy evaluation.

A promising tech startup might briefly be valued at hundreds of millions of dollars but fold without ever turning a profit. Another might fly under the radar until suddenly acquired for billions of dollars. Owners of the former might face insurmountable wealth tax burdens on a hypothetical net worth that never generates actual income and ultimately vanishes, while owners of the latter might avoid any wealth tax on a company that presumably had significant value before a price tag was affixed by its acquisition.

Taxing wealth consisting of unrealized gains from publicly traded assets is relatively straightforward, since some portion of the shares could be sold in satisfaction of tax liability. (This would, of course, still have consequences for some wealthy investors who are trying to maintain a controlling interest, and conflicting treatment of capital gains at the federal and state levels would create confused incentives.) But with private business assets, the tax can be much more consequential: some portion of the company or its assets may have to be sold to pay taxes on gains that only exist on paper. The owners are asset rich but cash poor.

In current dollars, Elon Musk lost $226 billion between November 2021 and December 2022. Sixty-two percent of his wealth frittered—not to say twittered—away. And he at least had investments to liquidate had he been required to pay wealth tax on the much higher November 2021 valuation. For many entrepreneurs in the earlier stage of their venture, not only might their net worth prove highly volatile (and difficult to assess), but they also may have few ways to generate the cash flow necessary to pay the tax.

At either end of that spectrum, of course, there is the prospect of exit: those subject to a wealth tax could decamp to another state, a move that is far easier at the state than the national level. In fact, the economic consequences—both from outmigration and lower economic activity—are so significant that even at the national level, most countries have abandoned any wealth taxes they once had.

Thirteen OECD countries have imposed wealth taxes since 1965, but the number dwindled to three—in Norway, Spain, and Switzerland—by 2022, with governments increasingly acknowledging the economic harms intrinsic to such taxes. However, Colombia’s new left-wing government reinstituted a wealth tax for the start of the current calendar year. That is the only recent example for states to follow, amid a general trend of repudiation and repeal. (France has a tax on high-end real property, but no longer on other sources of wealth.)

From thirteen to four, at the national level, where exit is comparatively difficult. Yet seven states want to try this experiment in the United States?

California has previously considered an 0.4 percent state wealth tax, which proponents estimated would have raised about $7.5 billion a year—equal to 4.2 percent of state revenue at the time, and just under 1.1 percent of combined federal and state tax revenue from California, more than the tax share under three of the four national wealth taxes in OECD countries.

People will move. California knows people will move. Its response: an exit tax, and wealth taxes owed for years after leaving the state. This almost certainly runs afoul of the Commerce Clause of the U.S. Constitution and interferes with the constitutionally protected right of travel.

But that’s where the economic illogic of wealth taxes leaves states: contemplating constitutionally dubious taxation of nonresidents to counter the simple reality that wealth taxes undercut investment and drive entrepreneurs and innovators out of state.

Microsoft beats on earnings as cloud unit shows strong growth
Stocks making the biggest moves midday: 3M, Paccar, Bed Bath & Beyond, AMD and more
Oscar-nominated ‘Everything Everywhere All At Once’ features an IRS ordeal, but here’s what really happens in an audit, according to tax pros
What the OECD’s Pillar Two Impact Assessment Misses
Crypto lender Genesis files for bankruptcy in latest blow to Barry Silbert’s DCG empire